I backed the Steel Fist Miniatures Kickstarter for their new line of amazingly detailed 15mm English Civil War (or Thirty Years War) miniatures. While I was waiting for the figures to arrive I decided on the excellent For King & Parliament ruleset by Big Red Bat. 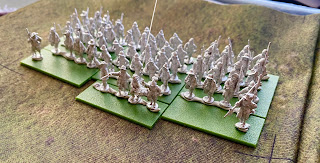 I also wanted to get a lot of figures on there to show a mass of troops. I initially came up with 45 wide by 60mm deep bases (or maybe 65mm to make room for command swords). That would leave 15mm open or 7mm margin per side. 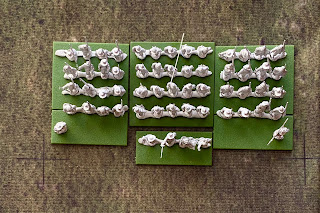 The shotte bases are the 45x60mm size. I mocked up the middle base with a spare bit of plastic to get the command in there. They look good. There are a ton of troops in there. 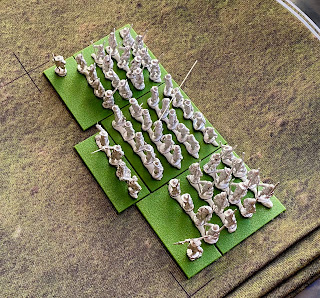 The shotte have 16 muskets plus a sergeant on each. The pike have 20 pikes plus 4 command. Each takes up the same footprint because the shotte figures have their elbows sticking out and their musket stands. Twenty pikes ought to make a good display.

I'm still working on the cavalry, artillery, command, and gallant gentlemen base sizes. Once I get everything tallied up I'll place my order to Warbases in the UK. 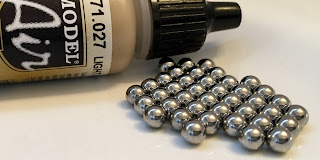 How to Mix Vallejo Paints (the easy way) 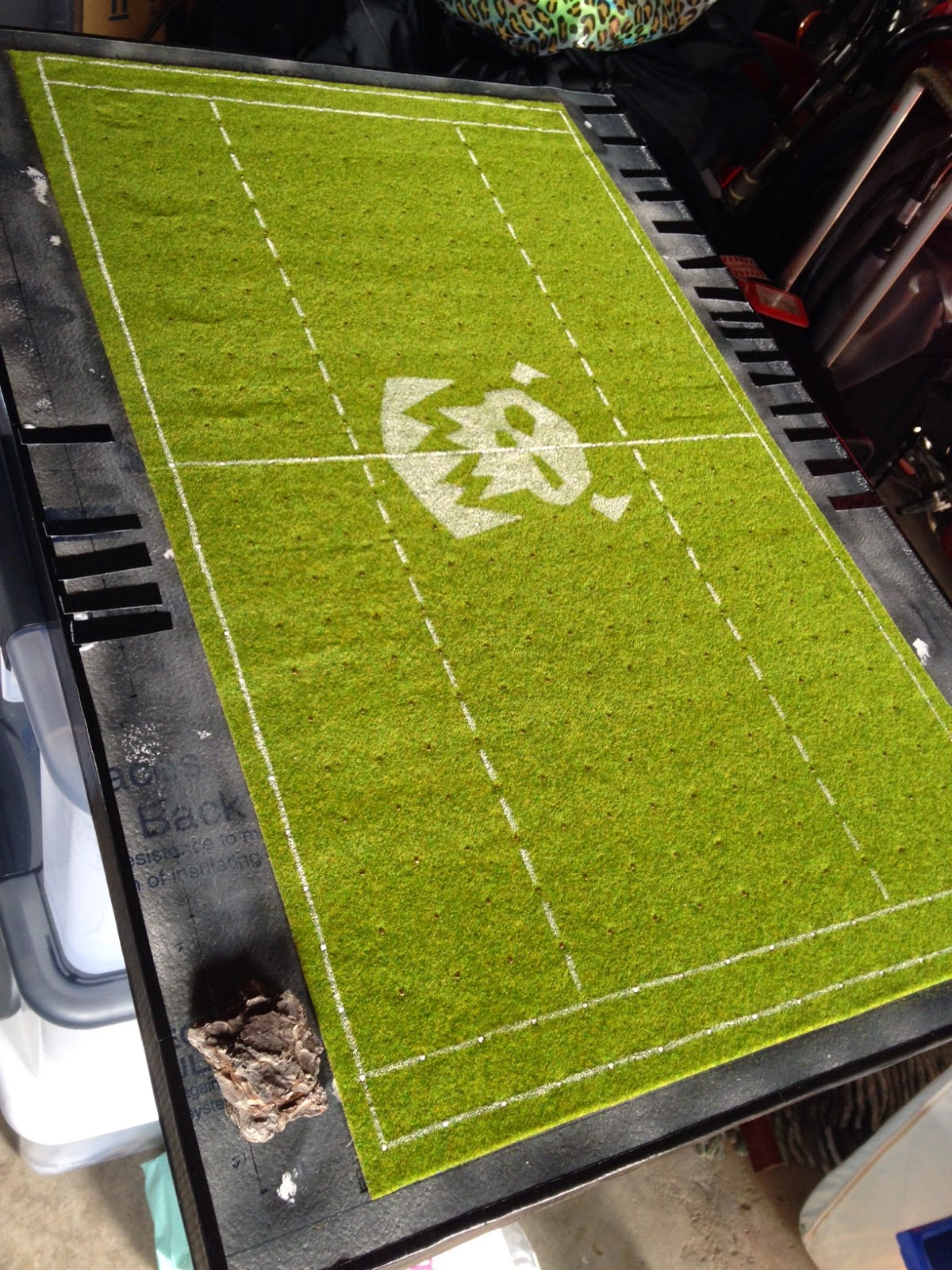 Blood Bowl - Make Your Own Pitch

SquadPainter
I've enjoyed painting miniatures ever since I purchased and painted my first Dungeons & Dragons lead figure back in 1979.